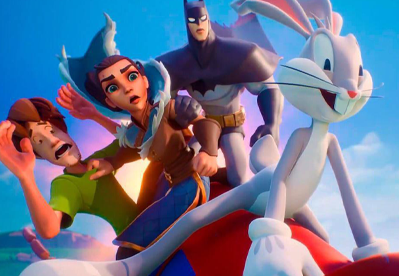 Welcome to MegaVersus #5!
The $400 Prize Pool is provided by GGtoor

Check in starts 2 hours before the event starts and ends on tournament start!
Click the links above to know each event's start time in your own time zone!
You must join the GGtoor Discord, https://discord.gg/GUhyZxFH8Q

MegaVersus Ruleset
Banned Characters : Only Gizmo and Rick are banned!
Stoppage of Bracket

Maps are to be chosen by either striking (via startgg chat), by agreement, or randomly
Like the official EVO ruleset, duplicate characters per team are NOT ALLOWED. If the opponent team chooses the same 2 characters, leave the match and request a moderator (image proof needed)
Top 8 is Best of 5 (First to 3 game wins), All other sets are Best of 3 (First to 2 game wins)
Check in for the winners bracket is 10 minutes
Check in for the losers bracket is 5 minutes
Perks are allowed
Stage Hazards : Off
4 Ringouts
7 Minutes
Playing with modded skins is not allowed because Warner Bros are going against it + it can cause desync issues
Velma-Jake Exploit shown below is banned, using this is considered cheating and has a strong penalty
VelmaJake

All Top 8 sets (except Losers Round 1) will be streamed on https://twitch.tv/MegaVolx
Players playing in the EU event are required to invite Formas1 before they start playing.
Players playing in the NA event are required to invite PearPod before they start playing.
Players are not allowed to start any game in before moderators say so. Any game played without a moderator's allowance is not counted. (This is to make sure all casters are in the game room)
Since striking is now done inside startgg, players playing on streamed sets will have to manually report their scores and maps
Players are to play in other tournaments at their own risk, Players have 5 minutes to show up after they after moderators call the start of the set. If they fail to do this, a moderator will DQ the late team(s).

After signing up, players will need to check-in to the tournament. Check-in begins 2 hours prior to the event's start time, and closes on the start of the tournament. Don’t forget to check in for each individual set during the tournament as well.

Players that fail to check in WILL BE AUTOMATICALLY DROPPED and not able to participate!

Please check the rules for this tournament. Breaking the rules can result in a game loss, match loss, or disqualification from the event without prizes, and/or ban from future events, solely at the discretion of the Tournament Staff.

We use Discord to answer any and all questions about our events, as well as to help players find their opponents.

(1) You MUST join our Discord at https://discord.gg/GUhyZxFH8Q
(2) When you do, please give yourself the MultiVersus role by visiting the #get-roles channel.
(3) After obtaining your role, please ensure you can see the #mv-chat channel. This should be completed at least 30 minutes prior to the start of the event.

You must check in on start.gg before the event, and then also for every round. If you do not check in timely to your match once the round starts, start.gg will automatically mark you as absent for the round and issue you a match loss. There will be a check-in timer of 10 minutes in the winners bracket and 5 minutes in the losers bracket between each set.

If you or an opponent disconnects from the game or reports lag in the game within the first 15 seconds of the match, the match then may be reset. If not, then the match is to be played as normal and counted as normal. Only the singular match may be reset - not the entire set.

(1) Players must be at least 13 years old to participate.

(2) Players between 13 and 17 years old that win prizing must submit a completed Parental Consent form to claim winnings.

If the game's servers are interrupted, we may suspend and reschedule the event to a future date.

Cheating includes using 3rd party applications and mods which provide a competitive advantage to the user (such as a skin mod which give the player extra information).

We realize not every player can do this, so this is not mandatory: If you have the capability, live streaming and/or recording video of all of your matches is a good idea, to help eliminate any possibility of any dispute arising as to performance in a given match.

Top 8 Matches will be streamed on https://twitch.tv/MegaVolx. Competitors playing in the event may live stream the event from their own POV as well (and are strongly encouraged to do so-if you do, please add "#GGtoor" and/or "#MegaVersus" to the title!)

By registering for this event, you agree that we may live re-broadcast your live stream from our designated Twitch channels and commentate any game-play during the course of the event, as well as create VODs of this Content, which we may choose to make available on our official Youtube channels and other platforms, so others may marvel at your awesome plays (or epic fails!)