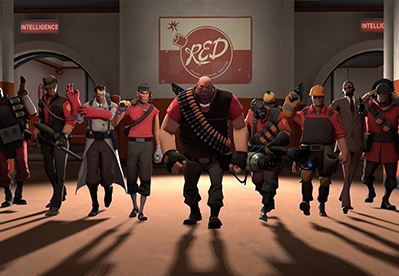 Open Groups:
8 groups of 6 teams.
Group stage matches are BO1.
Winner of each group qualify for playoffs.
All other will be able to register for a Sunday B-tournament.

Main Tournament Schedule (All times are posted in CET).

Newbie Tournament Format:
1 Group of 6 teams
All groups stage matches are BO1.
The top two teams from the group stage will battle it out in a BO3 Grand Final. (Note this is separate from the Main Playoffs. Cash Prizing is only available for the Main Playoffs. The Newbie Playoffs are strictly for Fun and Glory!)

Visit the GGtoor discord for ongoing updates about the event: https://discord.gg/Tz3fHUS7jE
VERY IMPORTANT: You should join the #tf2-chat channel of this discord at least 30 minutes before the event begins, and stay there for the duration of the event, to make sure you do not miss any important instructions from the tournament staff!

1. General:
1.1 All times posted are in CET.
1.2 All communication is to be done via the GGtoor By Shadow Gaming Discord. Link: https://discord.gg/Tz3fHUS7jE

2. Players:
2.1 All team leaders and deputies are to be in the GGtoor By Shadow Gaming Discord.
2.2 All players have to record POV demos.
2.3 Offensive nicknames and avatars are not allowed.
2.4 Offensive content in-game is not allowed.
2.5 All players have to provide their SteamID64.
2.6 In official matches players must use their actual ETF2L/RGL nickname. It has to be easily readable for anyone spectating or casting the game. No fake-nicks or similar are allowed.
2.7 Players are only allowed to livestream their matches from the tournament with a 90 second delay!
2.8 Players that at the start of the event have been banned from ETF2L (for European players) or RGL (for North American players) or a league of similar status in their respective regions for 1 month or longer are not allowed to participate in the tournament. Players that have an active ban for cheating are not eligible to enter the competition at all.
2.9 To be eligible to participate, a player must be at least 13 years old (or such other age, of greater, as may be required in such player’s country of residence). Players between the ages of 13 and 17 (or such other age, if greater, as may be required in such player’s country of residence) must have written permission from a parent or legal guardian (a form will be provided which must be returned in order to complete processing your registration). IF YOU ARE UNDER 18, THE FORM CAN BE FOUND HERE: https://discordapp.com/channels/708790719015551017/761211030927441940/761211331696132116 , PLEASE CONTACT TOURNAMENT STAFF PRIOR TO THE EVENT TO HAVE THE REQUIRED PAPERWORK COMPLETED OR YOU MAY NOT BE ABLE TO PARTICIPATE.
2.10 Sportsmanlike conduct is required. You are NOT allowed to be disruptive or grief your opponent in Real Life, such as in any Discord or Twitch chat (or any other actions that could be considered unsportsmanlike conduct except for actions intended to be allowed within the game itself as part of normal game-play.) If you do, your actions may result in a game loss, match loss, or disqualification from the event without prizes, solely at the discretion of the Tournament Staff.
2.11 Select matches for this event may be streamed on a designated/one of our Official Twitch channels. By registering for this event, you agree that we may live re-broadcast your live stream from our designated Twitch channels and shoutcast/commentate any game-play during the course of the event, as well as create VODs of this Content, without any additional compensation to you, which we may choose to make available on our official Youtube channels and other platforms, so others may marvel at your awesome plays (or epic fails!)

4. Match Rules:
4.1 All matches are to be played with the 6v6 Season 37 version of the ETF2L config including additional plugins excluding the "removal of medic attach speed"-plugin.
4.2 All matches are to be played with the latest version of the ETF2L whitelist.
4.3 Class limits are 2 for each of scout and soldier as well as spy; 1 for all other classes.
4.4 Teams are expected to agree on a server location and reserve one for the game themselves. We recommend using a service such as serveme.tf.
4.5 The winning team is responsible for reporting the match results and logs via toornament.
4.6 A delay of 10 minutes is allowed. If a team does not have all players on the server after 10 minutes their opponents can claim a default win. A status screenshot needs to be sent to the tournament admins to claim a default win with the team claiming the default win having all 6 players on the server. If no team claims default win and the match has not started after 10 minutes the game will be reported as a draw with the score 0-0.
4.7 If results are not reported when the round is set to end the match will automatically result in a draw with the score 0-0.
4.8 Teams are allowed to switch a maximum of 1 player during the course of the game at a maximum of 1 time.
4.9 Teams are not allowed to play with less than 4 players.
4.10 No spectators are allowed on the server with the only exception being the tournament admins.
4.11 A team can request 1 pause per map. The pause may go on for a maximum of 5 minutes.

7. Cheats:
7.1 No cheating of any kind is allowed.
7.2 Use of bugs is not allowed.
7.3 Scripts that allow a player to perform an action in-game that they would not be able to execute without the script, or scripts that purposefully disrupt the player hitbox are banned. Scripts that freeze or glitch the player model (e.g. in mid-air to be less predictable) to make it harder to hit are also banned.
7.4 Cheating of any kind will result in disqualification without prizes from the event, and being banned from all future events. If you are in a match where you believe your opponent cheated, please send any evidence you may have to the tournament staff. In addition to Hacking, "CHEATING" ALSO INCLUDES USING ANY BUG OR UNINTENDED EXPLOIT THAT EXISTS IN THE GAME, intentionally or unintentionally. If this somehow happens to you unintentionally, you should immediately alert your opponent and tournament staff - if you don't, you will be deemed to have been Cheating, and you will be disqualified without prizing and banned from all future events.

8. Admins:
8.1 All communication with tournament admins is to be had on the GGtoor By Shadow Gaming Discord: https://discord.gg/Tz3fHUS7jE
8.2 Admins are allowed to make changes to the rules and/or make final decisions on situations during the tournament not included in the written rules.
8.3 Any rulebreaks will be punished by the admins. Penalties include but are not limited to verbal warnings as well as defaulting rounds, maps or matches in favor of one team up to disqualification of a player or a team respectively.