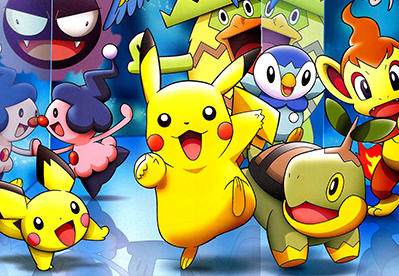 Welcome to Season 3 of the Gaard Gauntlet, this season is sponsored by GGtoor.

Tournaments are bi-weekly, on Wednesdays at 7 pm EDT

There are 5 qualifier tournaments in this series; The Top 32 players (accumulating the most points during the qualifiers) will be invited to participate in an invitational tournament that will feature a $1,000 USD cash prize pool! if any players are tied for T32 they'll all be invited to compete.

So join the fun, make a run, and see how you stack up against other players for the chance to qualify for an invitationals with cash prizing and codes.

Stream
Tournaments are streamed on https://twitch.tv/ongaard so feel free to follow there for tournament streams and other content.

Also if you'd like to be featured on stream, every tournament is streamed and we'd appreciate it if some of you could share your games so we can commentate them, so hop on into the discord to meet some of the rest of the community and share some games with us.

Timeouts will be dealt with on a case by case basis, if time is called and your game is still ongoing. Play the remaining turn if a player would win that turn, if not screenshot the game state and call a judge. If both players have a feasible win condition the match will result in a tie.

All players are required to join the GGtoor discord: https://discord.gg/GUhyZxFH8Q and must stay in the #ptcgo-chat channel during the event

You must fill in all required additional information fields during registration (Age, Discord, E-mail) with accurate information or you will be dropped from the event!

Check in will open 2 hours before we begin on Game Day.

You must submit a valid deck list and check-in on time! Failure to do any of these steps could result in being automatically dropped from the event by the system.

Players are required to use the same deck list throughout the tournament - If a player make changes to their submitted deck list, they will automatically lose the match.

Players are expected to report their own match results - and are strongly encouraged to take screenshots of their game for proof of victory in the case that any issues may arise.

Players wishing to drop from the tournament at any time during the swiss rounds should drop themselves using their dashboard menu on the tournament page (top right of screen).

It is preferable that all issues and disputes should be handled on the limitless website - not the discord server (this can be done by clicking "request a judge" within your match page in the pairings tab).

Bullying, Harassments, or failure to comply with tournament staff or fellow competitors will not tolerated by any means.

Players are required to communicate with their paired opponents, and place themselves into a match in a timely fashion..

A player who fails to check in for any two rounds may be disqualified and removed from the event by staff without notice. (If the no-show player is already mathematically eliminated from top cut or prizing, then staff may remove them after a single no-show.)

The PTCGO Client can be unpredictable at times - Any disconnections during match, or exploits of bugs/glitches will result in an automatic game loss. (If this occurs in the Top 8 while being spectated by the Staff, Staff may adjudicate the result, or in certain circumstances may choose to allow the game to not be counted and restart the game, at the staff's sole discretion.)

Matches that do not complete on time will result in a tie, if you have any concerns about your opponent's pace of play please notify a judge of the situation prior to the round's completion by calling a judge and submitting a screenshot and any video documentation of the situation via the #ptcgo-judge-screenshots channel in the GGtoor server which can be found below. Generally if the timer difference is greater than 6 minutes your opponent can be given a game loss for slowplay, but the situation may vary (for example the time difference may be a result of one deck requiring less actions per turn than the other). If a player is found intentionally stalling the timer to get a tie instead of a loss they may be DQ'd from the event or banned if it is a repeated offense.

Cheating of any kind will result in disqualification without prizes from the event, and being banned from all future events. If you are in a match where you believe your opponent cheated, please send any evidence you may have to the tournament staff. In addition to Hacking, "CHEATING" ALSO INCLUDES USING ANY BUG OR UNINTENDED EXPLOIT THAT EXISTS IN THE GAME, intentionally or unintentionally. If this somehow happens to you unintentionally, you should immediately alert your opponent and tournament staff. If you don't, you will be deemed to have been Cheating, and you will be disqualified without prizing and banned from all future events.

If you have the capability, live streaming and/or recording video of all of your matches is a good idea, to help eliminate any possibility of any dispute arising as to performance in a given match. IF YOU STREAM PUBLICLY, ADD A TIME DELAY! If someone you are playing is watching your stream, they will not be penalized - you have to power to avoid being stream sniped by not showing your hand in real-time during a cash prize event by adding the time delay. We ask you add #GGtoor to the stream title.

Select matches for this event may be streamed on a designated/one of OnGaard and/or GGtoor's Official Twitch channels. Competitors playing in the event may live stream the event from their own POV as well (and are strongly encouraged to do so! If you do, please add #GGtoor to the title and it is your own responsibility to add a time delay to avoid being stream sniped.) By registering for this event, you agree that we may live re-broadcast your live stream from our designated Twitch channels and commentate any game-play during the course of the event, as well as create VODs of this Content, which we may choose to make available on our official YouTube channels and other platforms, so others may marvel at your awesome plays (or epic fails!)

By registering for the event, it means you agree to the GGtoor Terms of Use: https://ggtoor.com/terms.php

Details are subject to change

Here's a few other links you might want to check out , and the email to contact me for any inquiries!

Be sure to check out our sponsor, GGtoor, for many other tournaments over a wide range of different games: