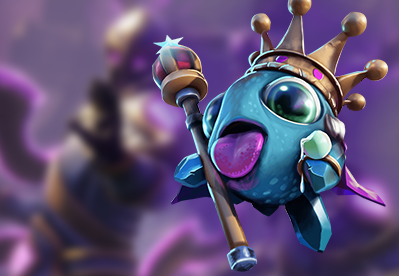 Check-In: After signing up, players will need to check-in to the tournament. Check-in begins 2 hours prior to the event's start time, and closes at 9:45AM EST, 15 minutes before the start of the tournament.

Players that fail to check in WILL BE AUTOMATICALLY DROPPED and not able to participate. Please remember to convert the times listed here to your local time zone to avoid missing this deadline.

IMPORTANT: Discord required!: We use Discord to answer any and all questions about our events, as well as to help players find their opponents.

(1) You MUST join our Discord at https://discord.gg/GUhyZxFH8Q
(2) When you do, please give yourself the Minion Masters role by visiting the #get-roles channel.
(3) After obtaining your role, please ensure you can see the #mm-chat channel. This should be completed at least 30 minutes prior to the start of the event.
(4) At the start of each round, please use the match chat in smash.gg to trade friend codes and otherwise help coordinate your match with your opponent.
(5) If something is going wrong, use the function to call a moderator on smash.gg, otherwise you can reach out to the other player/staff in the discord as an emergency back up method only.

Deck Rules Modified TEAM MANA FRENZY (MM) Rules v1.8: Both players can queue with ANY master and ANY deck/cards, and change them in EVERY GAME in each match, except: (1) Cards and Masters released during the current season/battlepass are not allowed. (2) Wildcards are not allowed. (3) Before the first game of the match, both players may elect to ban ONE (1) Master, and, up to TWO (2) cards. The bans each player makes applies ONLY to their opponent, and not themselves. post these bans in the #mm-ban-selections channel.

TOP 8 CONQUEST RULES During the top 8 playoffs, the following rule is added and in effect: After winning a game, you may no longer use any Master you've won with. In other words, you will need to win with THREE DIFFERENT Masters. This only applies to the Top 8 matches, not the swiss rounds!

ILLEGAL DECKS Starting with an illegal deck results in a Game Loss for the offending player. HOWEVER, if the issue is discovered within the first 60 seconds of the game, both players may choose to instead restart the game. (If either player does not agree to restart, the Game Loss stands. If both players do agree to restart, the offending player must queue with the same deck, replacing only the banned Master/Cards that caused the deck to be Illegal; the non-offending player may queue any legal deck.)

TARDINESS you must check in on smash.gg before the event, and then also for every round. If you do not check in timely to your match once the round starts, smash.gg will automatically mark you as absent for the round and issue you a match loss.

DISCONNECTS There are no restarts for Disconnects in game. The disconnected player should attempt to rejoin the game as soon as possible. If the player loses while disconnected, the game result stands.

(There may be special circumstances adjudicated differently at the sole discretion of the tournament staff.)

AGE REQUIREMENT Players must be at least 13 years old to participate. Also see information about prizing for players under 18.

GAME MAINTENANCE If the game's servers are interrupted, we may suspend and reschedule the event to a future date.

CHEATING Cheating of any kind will result in disqualification without prizes from the event, and being banned from all future events. If you are in a match where you believe your opponent cheated, please send any evidence you may have to the tournament staff. In addition to Hacking, "CHEATING" ALSO INCLUDES USING ANY BUG OR UNINTENDED EXPLOIT THAT EXISTS IN THE GAME, intentionally or unintentionally - UNLESS Staff has made an announcement to everyone about an exception to this rule. If this somehow happens to you unintentionally, you should immediately alert your opponent and tournament staff - if you don't, you will be deemed to have been Cheating, and you will be disqualified without prizing and banned from all future events.

CONDUCT: Sportsmanlike conduct is expected. You are NOT allowed to be disruptive or harass your opponent on Discord, Start.gg, Twitch chat, etc (or any other actions that could be considered unsportsmanlike conduct except for actions intended to be allowed within the game itself as part of normal game-play.) If you do, then your actions may result in a game loss, match loss, or disqualification from the event without prizes, and/or ban from future events, solely at the discretion of the Tournament Staff.

RECORDING OPTIONAL: We realize not every player can do this, so this is not mandatory: If you have the capability, live streaming and/or recording video of all of your matches is a good idea, to help eliminate any possibility of any dispute arising as to performance in a given match.

STREAMING Select matches for this event may be streamed on one of our designated Official Twitch channels. Competitors playing in the event may live stream the event from their own POV as well (and are strongly encouraged to do so-if you do, please add "#GGtoor" to the title and don't forget a time delay so no one can stream snipe you!) By registering for this event, you agree that we may live re-broadcast your live stream from our designated Twitch channels and Commentate any game-play during the course of the event, as well as create VODs of this Content, which we may choose to make available on our official Youtube channels and other platforms, so others may marvel at your awesome plays (or epic fails!)