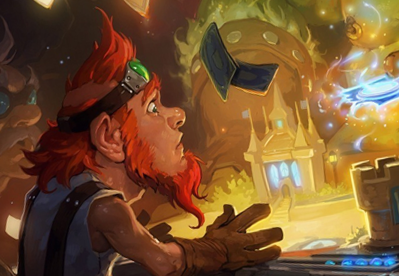 We're back with another sponsored Open! Our friends over at GGtoor are adding in $200 to the prize pool, for you lovely players to enjoy! Other than that, it's still the same bi-weekly Opens you all know and love, and we're looking forward to seeing you all there!


To learn more about GGtoor, and many of the tournament events they offer, visit them on GGtoor Discord and follow them on Twitter!
Rules at a glance

Always be polite to your opponent, and be on time to your match. If you have to step away and you are already matched up, tell your opponent and be as quick to return as you can. (Please keep it brief-If you step away for more than 10 minutes, you could be issued a game loss penalty for Delay of Tournament!)
It's good practice to screenshot your wins! In the event that there is a game score dispute, if you are able to provide a screenshot of your win, you are more likely to be awarded the win.
Don't GG after a win, or anything similar. We've all seen the discussion, and it has been solved by now. Just don't. If your opponent GGs you after they lose, feel free to send one back. But don't send it first if you win.

SCHEDULE:
Tournament starts at 2pm BST/ 9am EDT, check in opens 60 minutes before the tournament starts.
The Top 8 portion of this event will be streamed on the GGtoor Twitch Channel.
We will be doing Swiss rounds dependent on the number of players there are. The Top 8 playoffs will begin after the Swiss portion. Players will be given a 10 minute break between Swiss and Top 8 to prepare the stream

Best of 3 Swiss Conquest format followed by Top 8 playoffs. Open deck lists.
Each player brings 3 decks (unique classes), with 1 deck being banned by their opponent.
Conquest format; Once you win with a deck you cannot queue that deck again, first player to win with all of their decks wins. The losing player may queue with the same deck or another deck, if one is available.
Once you have finished your match, you will be paired up with an opponent with a similar game score. Do not leave if you lose Round 1! Unless you don't want to keep playing of course.
If you would like to drop out of the tournament, please contact an admin before you go. The best way is to post a message on the GGtoor Discord asking to be dropped (in the #HS-drop-from-event channel.)
After the Swiss portion, the 8 top performing players will play in a Single Elimination playoff bracket.

In Swiss format, you play a number of rounds determined by the number of players (see the Schedule tab for more info). You can play in all of these rounds, you are not out of the tournament after a loss.
Each round, you will be matched up against someone with the same score as you, unless there is no one available, then the most appropriate opponent will be found.
Tie breakers are determined by the HCT Tiebreaker System, which is explained here. Battlefy works out tiebreakers automatically.
In a tournament with a Single Elimination Play-off, the top 8 players after the Swiss portion are seeded in a single elimination bracket. The exact score required to reach Top 8 is reliant on the number of players in the tournament, and how many players drop out and at which point they drop out, so an exact calculation is impossible to reach. Just do your best and have fun!

After the Swiss portion, the Top 8 players will be seeded into a Single Elimination bracket. The losing player of each match will be eliminated, with the last player remaining getting 1st place and the losing player of the last match getting 2nd.
The Top 8 portion of this event will be streamed on the GGtoor Twitch Channel, be sure to tune in and cheer for your favourite!


ILH Events has a zero tolerance policy on abusive behavior aimed at other players or admins, and such behavior may lead to you being removed from the current and/or future events. Please report all cases of abusive behavior to admins with screenshots.

GGtoor requires the collection of players email, age and country of residence. These registration fields have been added to the the sign-up process. These fields will only be visible to ILH Events and GGtoor staff.
We will be using the GGtoor Discord for dispute resolution, questions concerning the event, and other relevant topics. Please be sure to join the GGtoor Discord.
You are also welcome to join the ILH Events Discord, where you can stay up-to-date with all of the other events we are hosting, and chat with our community! Join here!
We have no problems with you streaming the Tournament, we actively encourage this! We do recommend the use of a 5-10 min delay to eliminate the (small) chance of stream sniping, but this is not a requirement.
TARDINESS: You should report to your match and play promptly. If your opponent does not show within 10 minutes, contact an Admin. If you are more than 10 minutes late you may be issued a game loss. If you are more than 15 minutes late you will be issued a match loss and will be dropped from the event.
DISCONNECTS There are no restarts for Disconnects in game. The disconnected player should attempt to rejoin the game as soon as possible. If the player loses while disconnected, the game result stands.
Age: To be eligible to participate, a player must be at least 13 years old (or such other age, if greater, as may be required in such player’s country of residence).

CHEATING: Cheating of any kind will result in disqualification without prizes from the event, and being banned from all future events. If you are in a match where you believe your opponent cheated, please send any evidence you may have to the tournament staff. In addition to Hacking, "CHEATING" ALSO INCLUDES USING ANY BUG OR UNINTENDED EXPLOIT THAT EXISTS IN THE GAME, intentionally or unintentionally - UNLESS Staff has made an announcement to everyone about an exception to this rule. If this somehow happens to you unintentionally, you should immediately alert your opponent and tournament staff - if you don't, you will be deemed to have been Cheating, and you will be disqualified without prizing and banned from all future events
CONDUCT: Sportsmanlike conduct is expected. You are NOT allowed to be disruptive or grief your opponent in Real Life, such as in any Discord or Twitch chat (or any other actions that could be considered unsportsmanlike conduct except for actions intended to be allowed within the game itself as part of normal game-play.) If you do, your actions may result in a game loss, match loss, or disqualification from the event without prizes, solely at the discretion of the Tournament Staff.
RECORDING OPTIONAL: We realize not every player can do this, so this is not mandatory: If you have the capability, live streaming and/or recording video of all of your matches is a good idea, to help eliminate any possibility of any dispute arising as to performance in a given match.
STREAMING Select matches for this event may be streamed on one of our designated Official Twitch channels. Competitors playing in the event may live stream the event from their own POV as well (and are strongly encouraged to do so-if you do, please add "#GGtoor" to the title and don't forget a time delay so no one can stream snipe you!) By registering for this event, you agree that we may live re-broadcast your live stream from our designated Twitch channels and Commentate any game-play during the course of the event, as well as create VODs of this Content, which we may choose to make available on our official YouTube channels and other platforms, so others may marvel at your awesome plays (or epic fails!)

Players can report their own score.